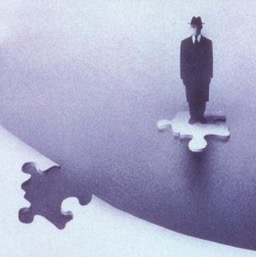 Sociological imagination: a potential for social change in the 21st century

Last year we marked the 100th anniversary of the birth of the American sociologist Charles Wright Mills, late professor of sociology at Columbia University. After his premature death in 1962, Mills’ work inspired radical social movements in the US in the sixties and generations of sociologists around the world since then. This year Mills’ most successful work – Sociological imagination – which was firstly published in 1959- will be translated into Slovene. International Sociological Association has proclaimed this book as the second most influential sociological work in the twentieth century (in the first place was Weber’s Economy and Society).

Mills describes the sociological imagination as an insight into the life and society, which can be offered only by sociology. Sociological imagination is the analysis that combines personal experience and wider social structures and relationships in a particular historical context. Integrating micro and macro levels allows translation and understanding of personal problems as a reflection of broader social issues. It is therefore not surprising that Mills understood sociology as inherently political action which should contribute to the democratic and progressive processes. He understood it, as Rose Goldsen wrote, as a discipline, which offers concepts and skills for disclosure and responding to the social injustice.

“A radical nomad” as Tom Hayden labeled Mills, was in his time confronted by the mainstream of the sociological community and American society. With his unstoppable energy, loud passion, unbridled ambition to understand the world and to contribute to its modifications Mills departed from numerous norms of scientific activity and civic life, through which he wielded. Today, Mills is recognized as one of the most important sociologists and public intellectuals of the 20th century. The question is whether the Mills’ bold definition of purpose of sociology is already accepted in the mainstream sociology or still remains radical in the 21st century.

What role does the sociological imagination has in the post-reality world where facts are replaced by “alternative facts”? At a time when populisms thrive on fear based politics? How successful is the sociology in registering of problems of individuals and their translation into the structurally contextualized social issues? The latter, says Mills, is not necessary just because sociology in this way can measure freedom, but because it could also encourage freedom. In today’s globalized world governed by neoliberal recipes of competitive individualized actors, in which individuals bear risks and suffer the consequences of malfunctioning of the economic and political system, it is even more necessary than in the time in which Mills worked.
Mills’ discussion of the sociological imagination and invitation to use it can be understood as a call to the public, courageous and committed sociology, which would promote social change and democratic processes. The role of sociology was similarly described by late Zygmunt Bauman at his lecture in Ljubljana in 2011 at the Faculty of Arts of the University of Ljubljana. Prof. Bauman died in January this year and we will discuss his work on one of the panels of this year’s annual sociological conference. He said that the role of sociology in the “current time” is that of making science the freedom to “note-on” known (ie. that reveals populist masks) and takes note of the unknown and help people to discover “doksa” .

We invite you to submit summaries of articles (800-1000 characters with spaces), which relate to the conference title and/or topics covered by SSA sections to heads of the sections or contact persons (see bottom of the front page) by 1 July 2017.

This year’s sociological conference, organized by the Slovenian Sociological Association, will take place between 28 and 30 September 2017 in Otočec (Hotel Šport).